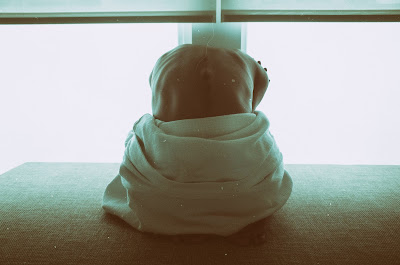 There is no single treatment for complex trauma such as PTSD or Complex PTSD, but the cornerstone of treatment is building a collaborative working relationship with the survivor. They need to restore safety and trust in human connection. The major drawbacks to healing from chronic trauma and C-PTSD is isolation. If individuals fear coming forward (due to stigma, minimization of the events, delayed reporting, an oppressive society, self-shame or public shaming) and how they may react to their environment, they are left to figure things out on their own. There are many individuals that never receive formal treatment and, instead, invest in their own methods by trial-and-error. I did because there was nothing out there. Also, anytime I'd go to the doctors office, it was said that "It was all in my head." Back then in the 80's and 90's and early 2000's, no one could see the enduring effects of chronic childhood abuse, repeated sexual assaults, and intimate partner violence. PTSD was left for the veterans. Much of society including health practitioners and professionals shrugged the effects of trauma off like unless it was someone that came back from war.

For years, I struggled trying to figure out what the fuck was wrong with me. I had so many unusual symptoms (e.g., extreme bouts of anger and sadness, flashbacks, dissociation/detachment from self and my surroundings, unaware of my emotions, flat affect, hyper-vigilance, freezing or numbing of my emotions). It was difficult living in this body and mind, but I had to adjust my life according to how I was feeling that day. Every day was a new thing. I never really knew what to expect with my psychological or physiological state.

C-PTSD has enduring psychological (e.g., guilt, shame, low self-worth, anger), physiological (e.g, hyper- and hypo-arousal), and social and interpersonal responses (e.g., problems with intimacy). Many, of which, never get resolved especially if one doesn't seek support. I carried these enduring effects of trauma for decades because I kept myself in isolation hiding from the world. But I had to cope, and how do you cope with such strong symptoms of anxiety, irritation, anger, and overwhelm? I turned to to maladaptive coping mechanisms such as alcohol, drugs, reckless driving, and risk-taking. Science shows that if any form of PTSD is not resolved within a year that the individuals are likely to experience long-lasting symptoms. That was definitely my case, my life.

A lack of emotional regulation and emotional awareness are a couple of the symptoms from C-PTSD from childhood abuse. Strategies to work on emotional regulation and increase emotional awareness are mindfulness, writing in a journal, and therapy; all great forms of healing, but it's all about consistency. Because the traumatic event was "jarred" into the bodily system, it's extremely important to work through the somatic sensations that arise, as well. Thermodynamics indicates that energy is never destroyed, only transformed. As a result, individuals experiencing PTSD or C-PTSD need to move the emotions and bodily sensations out of the body and into another form by talking, writing, breath, and exercise (e.g., running, yoga), for example. In the end, it's important to be gentle and sensitive with yourself. Although difficult, it can be learned.

Posted by Desiree Leigh Thompson at 9:47:00 AM No comments:

Translate Wake Up to Live!

Desiree Leigh Thompson
Vancouver and Kelowna, B.C., Canada
I've been life coaching, life-skills counselling, and mentoring women to build peace of mind and mental health and wellness for about 11 years now. I advocate for women who've experienced childhood sexual trauma and sexual violence. This blog is a resource for women for personal development, liberation, and empowerment. Desiree's blog is for entertainment purposes only. The author does not provide medical, legal, or other professional advice.