If Today was Your Last Day 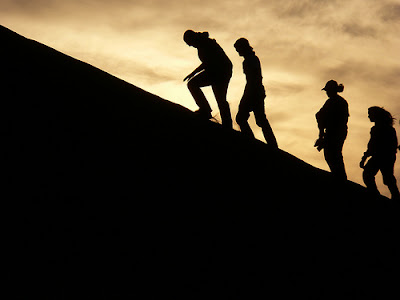 If Today was Your Last Day, by Nickelback, a song that I heard yesterday late afternoon when I was heading over town for my acting class. The words "against the grain should be the way of life," came through and because I am such an emotional woman I began to cry. There were two things that I started to think about when I heard these two statements.

First, I was frustrated because I had some feelings I didn't want to deal with. I was busy getting some writing and reading done, catching up from the time I was sick and I just didn't have the time to address this kind of stuff. So I jammed these feelings down telling myself I would deal with them later.

Well, that later came, but not until I sent negative vibes to the others I was around. I cut my conversation off with my son because I felt inconvenienced, snapped at my husband and slammed a couple of doors as I was heading out but not until I heard a few disheartening words from him too.

As I was driving down the hill I began thinking that I was 'right,' and everyone else was wrong. They should just understand when I get busy and to just deal with it. So I blasted on the music to try to change my energy because I couldn't stand to be in this way anymore. Well, that did it! Nickelback's song came on the radio.

The words 'if today was your last day' began echoing in my mind and I started to think about it. How would I have left the situation that I put myself in if I never came home that night, or if I could never see my family again? Is this how I would want to have left things? Of course not. So I got on the cell phone and began to call them and what would you expect? The anger and frustration melted away. I began to ask myself if my behavior was really worth it? Certainly not. But to pick up the phone and resolve the mood and to let them know that I loved them was definitely worth it!

After the first incident was resolved I began thinking about the words 'against the grain should be the way of life' and had to go back to the feelings that I felt I was stuffing down and did not want to address. And so, I had to ask myself the question about whether or not I was following my heart. Am I being absolutely truthful with myself or am I still justifying and lying why I cannot do what I really, really want to do? It is amazing how cunning our minds can be. I say this because many of us have been conditioned to be logical and sensible about our dreams. I know I have been. And if it is not appropriate to the way we were raised or society's standards then we would rather not do it because of ridicule or condemnation. No one said going with what we believe in or following our dreams were going to be easy, but I do know one thing, we will live a happier, healthier and sane life.

What are you doing right now in your life to make sure that you do what you want, even if it feels scary and lonely out there doing it? Who have you dreamed of becoming since you were a small boy or girl but always put off because everyone else would think you are crazy? It's time to take ownership and responsibility for your life and do what life is calling you to do and be.

Email ThisBlogThis!Share to TwitterShare to FacebookShare to Pinterest
Labels: Desiree Leigh, if today was your last day, Wake Up to Live

Translate Wake Up to Live

Desiree Leigh Thompson
Vancouver , B.C., Canada
I've been life coaching, life-skills counselling, and mentoring women to build peace of mind and mental health and wellness for about 13 years. I advocate for women who've experienced childhood sexual trauma and sexual violence. This blog is a resource for women for personal development, liberation, and empowerment. Desiree's blog is for entertainment purposes only. The author does not provide medical, legal, or other professional advice.