Why You Should Understand Your Beliefs 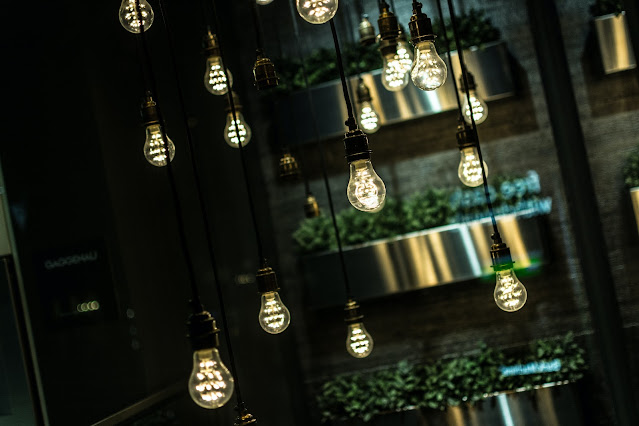 The AHA Moment About Beliefs

I had an aha moment many years ago. I was quite young - about 20 years old. I had that young lady attitude, too: everything I stood for was right. I thought to myself, "I wasn't a teenager anymore," so I kind of believed I knew it all. Oh boy, was I wrong.

I was at a party, and this party was quite different from other parties. It was intellectual. We were discussing important things in life like existentialism and other philosophical perspectives. At that time in my life, I had a lot of perspectives, opinions, and beliefs that I stood grounded in, but had no real reasoning for them.

Towards the end of the party, I recall being quite adamant about a topic while having a conversation with someone, probably in their late twenties and someone that had achieved an undergraduate degree. At the end of the conversation, I thought this man was arrogant and obtuse, although I couldn't deny that he was definitely polite.

Whatever we were discussing, I was quite passionate about it. So we reciprocated our opinions back and forth. However, at one point, he asked me where I got my information from because I was so adamant about believing it to be "true." I was very black and white. At the end of the conversation, it boiled down to me coming to a realization that what I believed in to be "true" was simply that, "a belief" I picked up from my parents. And that was really what he was trying to point out to me.


The Educated Arse or Educated Helper?

He did a good job. Pissed me off. Irritated me. Annoyed me. I looked at him as some educated arse that was trying to flaunt his academic education and make me look like an ignorant arse. But, really, he was trying to get me to look from another perspective and to "critically analyze" where my beliefs came from. He used his questions in such a way to distill down my beliefs and where they were initiated. It was kind of like a taken-aback-aha-moment realizing that my adamant opinion was a belief that came from my parents way of thinking.

It was, most definitely, a shocker. At that point in my life - my early 20's - I didn't want to be 'like' my parents. Yet, I was. And I had to thank this man for challenging my way of thinking. His way of being really did inflame me, but, at the same time, I sit here over 30 years later still thinking about that moment in my life and how important it was.

This man was able to use what he learned in school, the critical thinking aspect, by questioning me about my beliefs. After our conversation, I never again simply accepted my beliefs as truth anymore. Even if I had a strong belief that I lived by, at least, now, I could say that I did a lot of self-reflection and critical analysis to understand why I have them or want them. By having this clear awareness, I am able to monitor, adjust, and change them accordingly.

There are two reason this topic came about. First, because I am rethinking my way of doing coaching and how I want to present myself within my business. I'm considering podcasting. I have been told over the years of my life that I was a great host and a great interviewer. I can't stand the idea of constantly travelling for business purposes and this may be a way to go. But the point is that I needed to reevaluate my beliefs about why I was staying stuck in the idea that 1:1 coaching was the way to go or what I believed I "liked" the best. My oldest son asked me a question a couple of months ago, and said something to the effect that 'maybe I need to think completely differently from what I'm thinking right now.' He's throwing the same advice back at me as I say to others. :) So, here I am, thinking about my business in a completely different way which may transform into something quite different.


Know What You Stand For

Second, right now in the lower mainland (although it is across Canada, too) there are protests going on about indigenous rights. I support peaceful protests. Women's rights wouldn't have changed if we didn't consistently protest for our rights. However, a few of these protesters were interviewed yesterday. To my surprise, they had no idea why they were protesting! It's like having a belief system and not knowing why - the underlying issues. Shouldn't we all be aware of why we have certain beliefs or why we are protesting? Most definitely, otherwise we will not be credible to the majority of the public and our voices will be carried in vain.

Popular posts from this blog

Throw Out Balance and Replace it With This

July 21, 2019
On the internet running through blog, Facebook, and IG posts or videos, there is always a wave of the same concepts of discussion each week. One person/business throws out an idea to talk about that week, and then many others (to figure out what they can discuss, post, or video that week) grab onto someone else's topic and put another spin on it. That's it. If you pay close attention to the posts, you will see what I am talking about. Take a look at the weekly discussions and see the uniformity in the topics of discussion, including the quotes that are posted. Perhaps it is coincidental. Perhaps it is collective energetic thought that brings this about. But, in most cases, I'm thinking it may be more about "What do I talk about this week?" and then grab an idea from someone else.

It is difficult to find weekly, let alone daily, topics to discuss and, at the same time, give good value to your audience. I get that. I've done the same thing. I'm guilty, but…
3 comments
Read more

There is no single treatment for complex trauma such as PTSD or Complex PTSD, but the cornerstone of treatment is building a collaborative working relationship with the survivor. They need to restore safety and trust in human connection. The major drawbacks to healing from chronic trauma and C-PTSD is isolation. If individuals fear coming forward (due to stigma, minimization of the events, delayed reporting, an oppressive society, self-shame or public shaming) and how they may react to their environment, they are left to figure things out on their own. There are many individuals that never receive formal treatment and, instead, invest in their own methods by trial-and-error. I did because there was nothing out there. Also, anytime I'd go to the doctors office, it was said that "It was all in my head." Back then in the 80's and 90's and early 2000's, no one could see the enduring effects of chronic childhood abuse, repeated sexual assaults…
Post a Comment
Read more

Our NOW Is Littered With Our Past

March 13, 2010
"Trying to resist, change, or avoid the enormous influence of the past keeps us foolishly focused on it. Yet we're reluctant to leave it behind, reluctant to transform the pervasive hold it has on our present-time lives. Not doing so, however, results in an endless continuum of living a "now" that is littered with the detritus of the past. There is no better arena to watch this play out than in our relationships."~Nancy Zapolski
Let's Connect!
Click this link DesireeLeigh.com and sign up to receive a FREE eBook about 7 life-changing ways to build internal strength, confidence, and better relationships.

Desiree Leigh Thompson
Vancouver , B.C., Canada
I help women take back their life and reclaim their destiny to increase their quality of living rather than be victims of it - to be shining examples for others to aspire to be. This blog is a resource for women for personal development, liberation, and self-empowerment. Desiree's blog is for entertainment purposes only. The author does not provide medical, legal, or other professional advice.