Celebrating Father's Day Without A Father 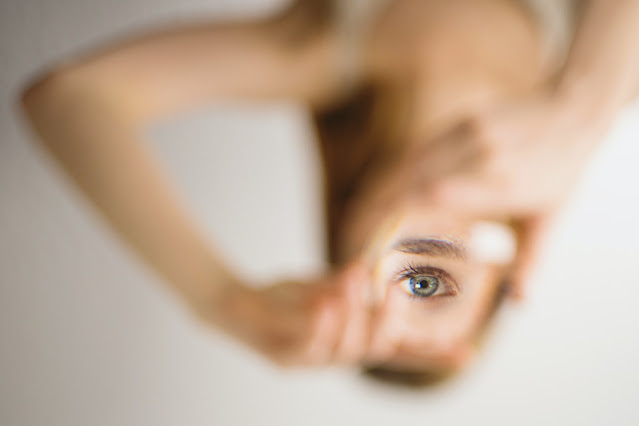 During father's day, the entire world celebrates fathers which is a wonderful thing when you have a father to acknowledge and celebrate, but what if you don't (or didn't).
Were you fatherless? Your father may have not been completely out of your life. Perhaps he was there, but he was an alcoholic and never had the time of day for you. Or he was busy beating your mom (or you) and never took notice of you. Or did your father show up a couple of times a year when he was free from his business trips. Maybe once mom and dad got divorced, he chose to abandon you and you only saw him, sporadically, every now and then, while he started a new family with someone else.
I had a father that was a chronic alcoholic and a wife beater. Growing up in the 60's and 70's, domestic violence/intimate partner violence was a family matter and no one talked about it, but we were definitely "supposed" to respect him out of fear that we'd get beat ourselves. I tried, on-and-off, seeing my dad, hoping that he would have changed as he aged, but that wasn't the case when I noticed how he treated my step-mother. He also assaulted me back in 2011.
He is still a misogynist and hates the idea of women being outspoken. He still has a crazy amount of hate and contempt towards women. You'd never guess this if you didn't know him, though, but if you got into any sort of a political argument, his colors would be revealed rather quickly.
In any event, the day so many children acknowledge and celebrate father's day; I wanted to acknowledge the children and adults that aren't celebrating father's day. Perhaps over the years, you found another way to celebrate this day.
Maybe you found a mentor, an uncle, or a friend that fits the description and fills your needs, now. I found it quite difficult not having a father; I craved having a father to look up to, to help guide me, and to run to when I needed support. I felt very alone without that father-figure. It was really difficult as a girl growing up. Even though he was so misogynistic, I tried with all my might to see his ways so that I could be with him, but it just didn't work as a young girl growing into a woman and growing into my own ways and world views.
It's also quite odd that my husbands never had a father that I could meet or admire. All three died before I met them. It is interesting to say the least. What was I supposed to learn?
My father is the omnipotence, omnipresence, and omniscience around me. My father is with me always guiding me. As long as I am present and always asking, he is right here with me and embracing me . . . always and forever. That's what I learned!
As the entire world celebrates father's day, you may be experiencing loss because you had a dysfunctional or absent father. So, for all the girls and boys that didn't grow up with a father: a father that chose to be absent, a father that was a chronic alcoholic, or a father that was an abuser, well done for getting by without him. It may have been very difficult, but you did it, so be proud of yourselves. You are seen!
Let's Connect!
Go to DesireeLeigh.com to pick up your FREE eBook of the 7 easy to apply Life-Changing Steps to increase confidence, build better relationships, and achieve your dreams.

Popular posts from this blog

Throw Out Balance and Replace it With This

July 21, 2019
On the internet running through blog, Facebook, and IG posts or videos, there is always a wave of the same concepts of discussion each week. One person/business throws out an idea to talk about that week, and then many others (to figure out what they can discuss, post, or video that week) grab onto someone else's topic and put another spin on it. That's it. If you pay close attention to the posts, you will see what I am talking about. Take a look at the weekly discussions and see the uniformity in the topics of discussion, including the quotes that are posted. Perhaps it is coincidental. Perhaps it is collective energetic thought that brings this about. But, in most cases, I'm thinking it may be more about "What do I talk about this week?" and then grab an idea from someone else.

It is difficult to find weekly, let alone daily, topics to discuss and, at the same time, give good value to your audience. I get that. I've done the same thing. I'm guilty, but…
3 comments
Read more

There is no single treatment for complex trauma such as PTSD or Complex PTSD, but the cornerstone of treatment is building a collaborative working relationship with the survivor. They need to restore safety and trust in human connection. The major drawbacks to healing from chronic trauma and C-PTSD is isolation. If individuals fear coming forward (due to stigma, minimization of the events, delayed reporting, an oppressive society, self-shame or public shaming) and how they may react to their environment, they are left to figure things out on their own. There are many individuals that never receive formal treatment and, instead, invest in their own methods by trial-and-error. I did because there was nothing out there. Also, anytime I'd go to the doctors office, it was said that "It was all in my head." Back then in the 80's and 90's and early 2000's, no one could see the enduring effects of chronic childhood abuse, repeated sexual assaults…
Post a Comment
Read more

Our NOW Is Littered With Our Past

March 13, 2010
"Trying to resist, change, or avoid the enormous influence of the past keeps us foolishly focused on it. Yet we're reluctant to leave it behind, reluctant to transform the pervasive hold it has on our present-time lives. Not doing so, however, results in an endless continuum of living a "now" that is littered with the detritus of the past. There is no better arena to watch this play out than in our relationships."~Nancy Zapolski
Let's Connect!
Click this link DesireeLeigh.com and sign up to receive a FREE eBook about 7 life-changing ways to build internal strength, confidence, and better relationships.

Desiree Leigh Thompson
Vancouver , B.C., Canada
I help women take back their life and reclaim their destiny to increase their quality of living rather than be victims of it - to be shining examples for others to aspire to be. This blog is a resource for women for personal development, liberation, and self-empowerment. Desiree's blog is for entertainment purposes only. The author does not provide medical, legal, or other professional advice.