How to Respond in a Crisis 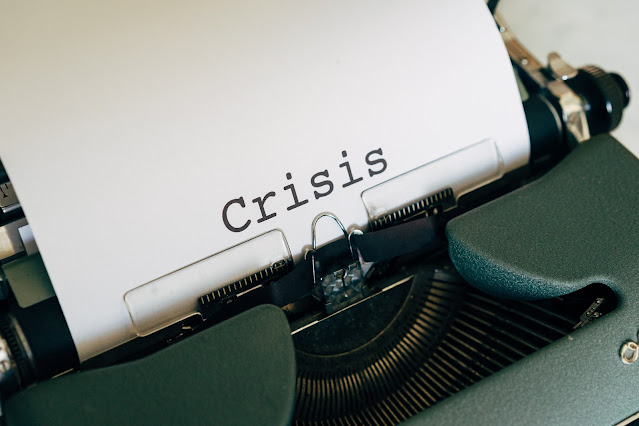 On Saturday, I attended the Non-Violent Crisis Intervention training program at Douglas College in Coquitlam, BC. Most of the young attendees were going into some sort of health care field, such as nursing or dementia care. Others, were working with at-risk youth and children with autism. I chose to go to learn more about better communication, in general, with everyone, and to be more pro-active in how I can handle a crisis situation and prevent acting-out behavior, whether it's in a family situation, dealing with people that have addictions, or someone at the super market. After attending this workshop, I came out with greater awareness on all forms of communication, such as verbal, non-verbal, and para-verbal, and the steps to take, without over-reacting, even while you're in a state of fear.

Jill Bloom, a psychiatric nurse and our instructor, shared many wonderful and crazy situations she had when she was a primary nurse. She stated several times, that if she knew these basic skills of non-violent crisis intervention, she probably would've avoided many situations that caused her harm, one a broken jaw. Not knowing how to handling a patient not wanting to take her medication, and with her consistent badgering, the patient chose to punch her in the face breaking her eye glasses and her jaw. Her mouth was wired shut for about seven weeks. Laughing, she states, she'll never have a strawberry milkshake ever again!

When someone is in a crisis situation, they are hypersensitive and acutely aware of others' communication through body language and the verbal part of speech such as tone, volume and candence (rate). And, when someone is in a crisis situation, no matter how they got there, anything is possible, anything can trigger them. That's why it's extremely important to deal with the situation proactively in a calm, neutral and attentive manner, not with anger, ridicule or avoidance. And, in the end, after the tension has been reduced, it is extremely important for all persons to debrief and reestablish communication with the individual that had the crisis. One step, that many of us forget to do. Most people that have experienced the crisis are shocked afterward, after they've lost control. They can't believe the way they've behaved and are usually remorseful, ashamed, and apologetic.

Crisis is inevitable in our world today. Earthquakes, war zones, hurricanes, mass destruction, a loss of a loved one, a loss of a job, a loss of an investment, the list goes on. Dealing with it isn't. Knowing what to do, in the most effectively manner, will keep us and the person in crisis, especially if it's a loved one, most protected and from harm. I highly recommend this workshop for educators, mothers and fathers, siblings, anyone dealing with addicts in the family or friends. The list goes on for whom this course can benefit.

In a crisis DON'T:

In a crisis DO:
In class, we learned the basic non-violent ways to get out of chokes, grabs, kicks and strikes. However, we did not learn self-defense for life threatening situations. A self-defense class would be helpful for that.

Let's Connect!
Click on this link DesireeLeigh.com and sign up to receive a free eBook about the 7 life-changing steps to build internal strength, confidence, and better relationships.
Desiree Leigh non-violent crisis intervention Wake Up to Live